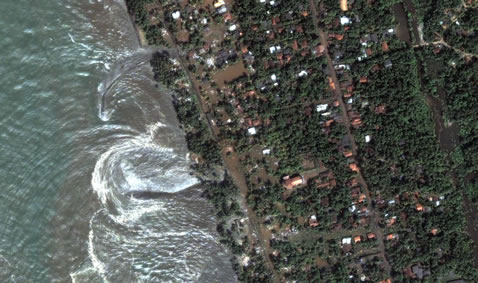 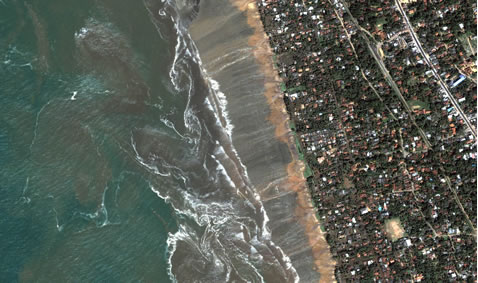 Death toll reaching 120,000 mark. And this is before the malaria and cholera sets in.

George Bush pledged $35 million dollars of aid (this was after he was called a stingy bastard by some guy in the UN). He’s spending $40 on his inauguration ceremony in a month.

$35 million dollars is how much money we spend in Iraq every four hours.

The news features talking heads hyping about what a great change this is for the United States to make a goodwill gesture to countries that are pre-dominantly Muslim (because obviously all Muslims are just dormant terrorists). This isn’t a PR opportunity you assholes – it’s a fucking international disaster!