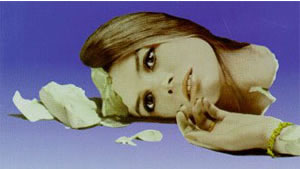 Ron and I timed our dinner so we could be back in time to catch everybody’s favorite train wreck: The Swan. We also got into a heated argument on the benefits of plastic surgery (this is what we fight about folks). I said that I thought that there is a big difference between anti-aging type surgery and total reconstruction. For example, on tonight’s episode I thought Erica ended up looking like Janice from The Electric Mayhem and the other woman ended up being – as Elaine Benes would say – quite a handsome woman. I also question the long term effects of this kind of extreme makeover – like when the one woman was a mother and said that this is an example to her daughter of self-esteem and I think yeah, if you climb up on the butcher block. Ron is hoping for a men’s version of The Swan (The Stud?) and he wants to enter it but I try to remind him he’d be laughed out of the briefing room. But I thought to myself that if there was a safe way to gain a good four inches (in height, people) I’d buy into it. Am I the only one that thinks all of The Swans end up looking like the same version of the same woman?

Consequently – we watched the original The Stepford Wives a few nights ago. Now Ron and I walk around the gym saying to others: I’ll just die if I don’t get this recipe.

And I find it annoying that Nely Galan (the Swan Coach) has had absolutely no formal training in personal or life coaching from any ICF-accredited institution (granted, she is a pioneer in Latino broadcasting).

6 replies on “Swan: Second Season, The”