My friend Jerry ensnared me in a Facebook meme to catalog ten books that have stayed with me. Here’s my rundown: 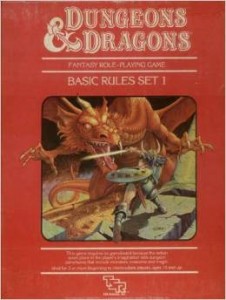 The whole idea of role-playing games – of spinning something out of nothing – has always captivated me. Further, Gygax helped create an entire industry out of nothing – an aesthetic that would guide the development of trillions of dollars of books, movies, games and media. I still think D&D is the best way to teach young boys probability, algebra and other forms of math. http://www.amazon.com/gp/product/B0042UCF52/ 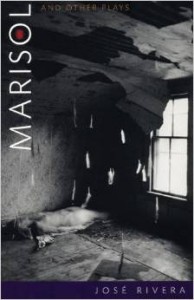 2) Marisol by Jose Rivera.  A play by Puerto Rican magical realist writer Jose Rivera. Marisol is a young latina copywriter in the Bronx is visited by her guardian angel who tells her she can no longer protect her. The angels are going to war against an old, senile, dying God. Marisol runs through the streets of New York as the apocalypse descends. Filled with biblical references like characters turning into pillars of salt. I directed a scene from this for directing class where Sara beat Rob unconscious with a golf club. http://en.wikipedia.org/wiki/Marisol_(play) 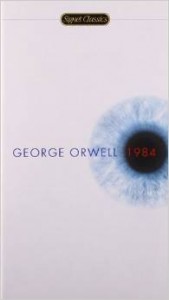 3) 1984 by George Orwell. Found a copy of this in the laundry room when I lived in Chicago. I had always meant to read it but figured it was an obligatory classic. Stunning. One of the few times a classic has lived up to it’s reputation. Absolutely chilling.  “Power is not a means; it is an end. One does not establish a dictatorship in order to safeguard a revolution; one makes the revolution in order to establish the dictatorship. The object of persecution is persecution. The object of torture is torture. The object of power is power.” Orwell got a lot right (with Huxley getting the rest) http://www.highexistence.com/amusing-ourselves-to-death-huxley-vs-orwell/ 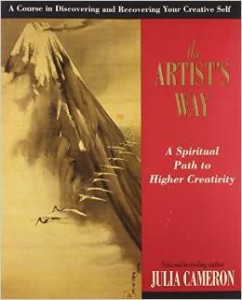 4) The Artist’s Way. by Julia Cameron. Yes, it’s treacly and stuck in it’s 12-step AA style format, but has still been a transformative book in my creative life. The chapter on ‘anger as a map’ is fantastic as well as exploring how deep seated resentments block your creative channel from being fully expressed. “Anger is fuel. We feel it and we want to do something. Hit someone, break something, throw a fit, smash a fist into the wall, tell those bastards. But we are nice people, and what we do with our anger is stuff it, deny it, bury it, block it, hide it, lie about it, medicate it muffle it, ignore it. We do everything but listen to it. “Anger is a map. Anger shows us what our boundaries are. Anger shows us where we want to go. Anger points the direction.”  http://www.amazon.com/The-Artists-Way-Julia-Cameron/dp/1585421464

5) Blowback: The Cost and Consequences of American Empire by Chalmers Johnson. Written by a former spook and released to little fanfare but became an international bestseller, Blowback bascially explains how everything we do in a foreign country seems to blow up in our face about 15 years later. Followed by The Sorrows of Empire (making that case that the 700+ military bases throughout the world consitute a global empire) and Nemesis. Interview with Johnson (who passed away in 2010):

6) The New American Militarism: How Americans are Seduced by War by Andrew Bacevich. Written by a former Marine and a great companion and counterpoint to the above. Bacevich (whose son was later killed in Iraq) tears through the last several decades of foreign policy to explain why Americans are so easily led into battle by romanticized images and patrotism. His 2013 lecture at Google HQ: 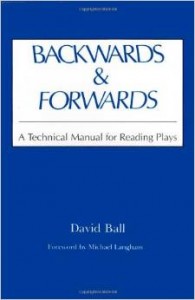 7) Backwards & Forwards: A Technical Manual for Reading Plays by David Ball. One of the books I move to every new apartment. Gives you a method not just for understanding a play but stories and narratives in general. Whenever I start at the end of a story or piece of copywriting and work backwards, this is what I’m referencing. Reading a play to understand it’s production is similar to enjoy a house from its blueprints – here’s a method to understand how to read plays. http://www.amazon.com/Backwards-Forwards-Technical-Manual-Reading/dp/0809311100 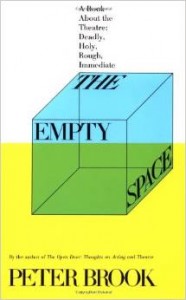 8) The Empty Space by Peter Brook. Another book that I have packed and unpacked a dozen times over the past 20 years. Icon of western theatre Peter Brook walks through the four types of theatre and how each one is expressed on the stage today. Deadly, holy, rough, immediate. Due for a re-read. Quote: “A stage space has two rules: (1) Anything can happen and (2) Something must happen.” http://www.amazon.com/The-Empty-Space-Theatre-Immediate/dp/0684829576 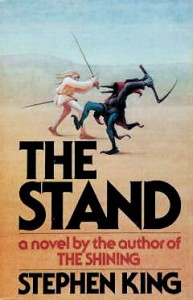 9) The Stand by Stephen King. I don’t really read much non-fiction and I’m always embarrassed to talk about that. The only other piece of fiction I can say that’s haunted me is DH Lawrence’s The Rocking Horse Winner.’ I think that The Stand is going to be seen as a masterwork of American literature as it ages. King paints a rich an uniquely American tapestry of a societal collapse. Always wanted to adapt this into a two-part play (something about Dave Matthews’s ‘Don’t Drink the Water’ insidious bluegrass would need to be a part of it). http://www.amazon.com/Stand-Stephen-King/dp/0307947300/ 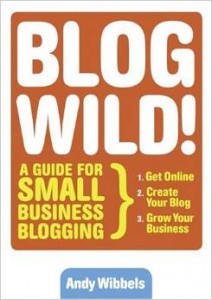 10) Blogwild: A Guide for Small Business Blogging by Andy Wibbels. I’m not touting my own book as a masterpiece but this book transformed my life. It’s why I got my first job out in San Francisco leading to many of the things that I have now.  If any book has stayed with me – it’s the one that completed changed my life and career. http://www.amazon.com/Blogwild-Guide-Small-Business-Blogging/

King Lear by Willam Shakespeare. I wouldn’t say I even full understand this play but there’s something about this play that is so hopelessly bleak and eventually we all feel like a doddering old man screaming into the rain – we all eventually become the fool. Plus, I’ve always wanted to direct the scene where the sisters blind the guy (it’d involve a dentist chair and a powerdrill).

Macbeth by William Shakespeare. Bloody, violent and vengeful. What’s not to love?

Hamlet by William Shakespeare. The Rorschach of Western Civilization. Look into the abyss and it looks back into you. And for the last time: Hamlet is *not* indecisive. This play is a detective story, dammit!

The Bacchae by Euripides. A Greek tragedy where the leader forbids worshipping Dionysus and so the ecstatic god grips the women with cannibalistic blood lust and the whole place becomes 28 Days Later. I just love a story where pissing off God turns everyone you love into a monster.