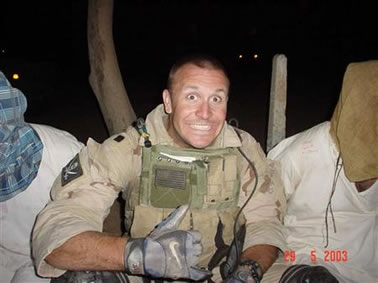 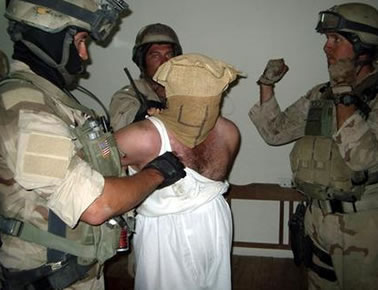 The Navy has started a probe into the misconduct of this group of Navy SEALs.

[The] reporter found more than 40 of the pictures among hundreds in an album posted on a commercial photo-sharing Web site by a woman who said her husband brought them from Iraq after his tour of duty… One man is lying on his back with a boot on his chest. A mug shot shows a man with an automatic weapon pointed at his head and a gloved thumb jabbed into his throat. In many photos, faces have been blacked out. What appears to be blood drips from the heads of some. A family huddles in a room in one photo and others show debris and upturned furniture.

How much worse does it have to get?

The pictures were uploaded to SmugMug.com – here’s a list of other Iraq-related photo albums.