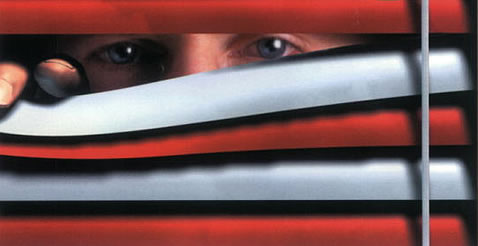 I re-started reading A Problem From Hell: America and the Age of Genocide today. Samantha Power takes us through the major genocidal events of the last century and the American reaction (or lack of). I’m gonna blog my notes:

We have been reproached for making no distinction between the innocent Armenians and the guilty. But that was utterly impossible, in view of the fact that those who were innocent today might be guilty tomorrow.

Talaat attempted to get New York Life Insurance Company, which insured many Armenians, to pay up saying: “They are practically all dead now and have left no heirs. The Government is the beneficiary now.”

This mass murder pre-dated Hitler. Before WWII, the yardstick for slaughter was Abdul Hamid (kiled 200,000 Armenians in Turkey 1895-1896) and the Belgian king Leopold, who pillaged the Congo for rubber (late 19th/early 20th cent).

Discrimination is utterly impossible and it is not alone the offender who suffers the penality of his act, but also the innocent whom he drags with him…. The Armenians have only themselves to blame.

1918 – war ends – first war crimes tribunal is planned (to try Kaiser and friends + Talaat and Co.). No U.S. support (isn’t that a surprise). Fell apart when Britian and Turkey did a prisoners/war criminals swap.

Sovereignty cannot be conceived as the right to kill millions of innocent people.

Youth: Occupied with studying atrocity. Russian/German battle came to his home. They hid in the woods.

Talaat’s assassination (by an Armenian survivor) brought him back to the topic. Wanted to link barbarity and vandalism – not just physical extermination, but cultural/intellctual as well.

The aim of war is not to reach definite lines but to annihiliate the enemy physically. It is by this means that we shall obtain the vital living space that we need. Who today still speaks of the massacre of the Armenians?

(one week later – invasion of Poland, Hitler later restored Talaat’s ashes to Turkey where he was enshrined as a fallen hero)

Lemkin frustrated by his fellow Jews’ apathy, a baker said:

There is nothing new in the suffering of Jews, especially in time of war. The main thing for a Jew is not to get excited and to outlast the enemies. A Jew must wait and pray. The Almighty will help. He always helps. How can Hitler destroy the Jews, if he must trade with them? I grant you some Jews will suffer under Hitler, but this is the lot of the Jews, to suffer and to wait. We Jews are an eternal people, we cannot be destroyed. We can only suffer.

Lemkin tried to get his brother and parents out but they resisted leaving.

I read in the eyes of all of them on plea: do not talk of our leaving this warm home, our beds, our stores of food, the security of our customs. We will have to suffer, but we will survive somehow.

Lemkin makes it (alone) to Sweden in 1940 then to United States, began campaigning and lecturing. No result from Vice President (Wallace). No result from Roosevelt (who requested Lemkin prep a one-page summary).

We are in the presence of a crime without a name.

Zygielbojm kills himself in May 1943, suicide letter:

By my death I wish to express my strongest protest against the inactivity with which the world is looking on and permitting the extermination of the Jewish people. I know how little human life is worht, especially today. But as I was unable to do anything during my life, perhaps by my death I shall contribute to destroying the indifference of those who are able and should act.

The present destruction of Europe would not be complete and thorough had the Gemran people not accepted freely [the Nazi] plan, participated voluntarily in its execution and up to this point profted greatly therefrom.