The Jeff Gannon story has really exploded in the past few days. Wow, there really are whores in the white house!!

In 1999, Paul Leddy, a Web designer and photographer, says he received an email from a man named Jeff from Wilmington, Delaware. Paul didn’t think about Jeff much until last week when he heard about a breaking scandal involving a man named Jeff who owned several military escort service Web addresses. 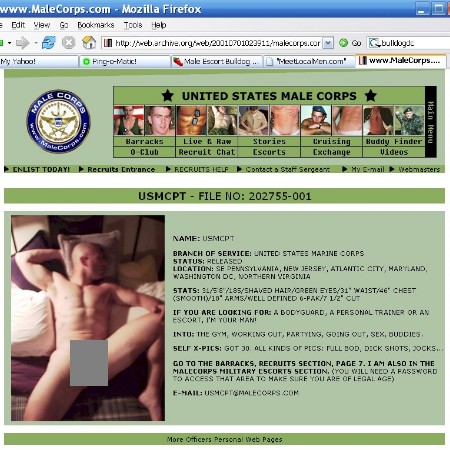