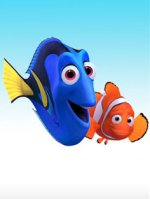 I should not put too much stock in my moods on Mondays. After a full day on tech support shift I am almost always crabby and crazy. I have ventured out into the cold to come to the coffeeshop. Last winter I seemed to get a lot of progress when I left the house to go somewhere to type and think. Plus, I think the cold wakes you up. Though we’re still in the chilly stage (what Ron malaprops to ‘It’s bricks out tonight’) and not yet descended into the punishing cold stage.

I’ve been exiling kitty from the bedroom during slumber time and he’s actually getting used to it. He doesn’t meow as much as he did initially – though the knocking and hissing of the radiators does freak him out a bit. And the best part is that every morning we get to have this joyful reunion when I open the door and he runs into the room and starts mewing in excitement. I check his water and food and then lay on the bed and prop him up on my chest and pet him and rub his face. He purrs and purrs like a diesel engine. He was so happy this morning he started drooling. And he has gotten big! I must take more pictures.

Gree tea brewing to my right. I was going to go to the gym this morning but didn’t manage to move fast enough. I’m trying to enforce a ‘go to bed at 11’ rule lately. I need to sleep more – especially as the nights grow longer. I’m attempting a no-wheat, no-sugar, eating plan that consists of tons of vegetables and chicken and fish. It’s day three. So far I’ve done pretty good. I made a checklist of the week’s food in the form of icons instead of a spreadsheet as usual. So I have a color printout of 7 little chickens, 7 to-go boxes of rice and etc. I’m toying with how my mind perceives structure like that. A spreadsheet is sort of additive while a checklist like this – where all the steps for the week are laid out – is more deductive? Reductive? I like a super-strict diet to a certain degree because all of the decisions are already made for me.

I was repeating in my head this morning “Just keep swimming. Just keep swimming.” The idea that you just keep moving, no matter what. A step forward is a step forward is a step forward. I’m always good at making plans but not always good at just walking the path I’ve laid out (hmmm… flashback to that book on labyrinths I was reading a few weeks ago). It’s the idea of reducing friction. Reducing effort. Reducing delay. Work as meditation/joy and not struggle.

Let the record show that this is the first day I’ve worn gloves this winter. And a scarf.

Ron’s been out a lot the past few days. He’s working his ass off – but I think he’s off today and tomorrow. I’m pretty sure he has vacation the entire month of February (I still don’t really get why the union didn’t try and give up some vacation concessions in exchange for a paycut). You’d think they lived in Europe they get so much vacation.

On the phone with Ron now – Gilbert just traded a trip and gets to work a flight to Buenos Airies. I started chanting Ey-veeet-ah! Ey-veeet-ah! Ron wants to work an Argentina flight so he can go to La Plaza de Mayo and do the Eva Peron arm movements and call out to his descamisados.

Yes. I know about Argentina through Evita.

I know about the Industrial Revolution through Sweeney Todd.

I know about kabuki from Pacific Overtures.

I know about the fall of Saigon from Miss Saigon.

Or rather – those works introduced me to the topic and I”ve since done more research on the subject to realize the musicals rarely present the whole picture.