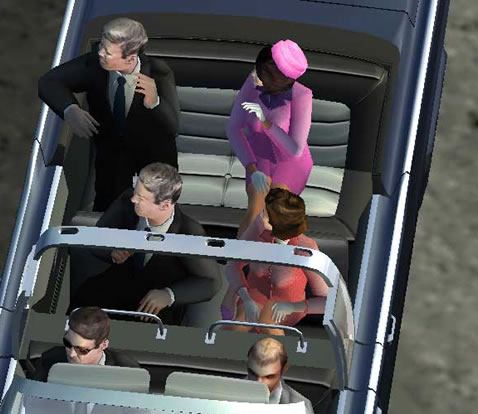 In the too-tasteless for words department, a new video game or interactive computer simulation that puts you in the rifle role as everybody’s favorite patsy, Lee Harvey Oswald.

The demo is pretty pointless. But if you buy the full version ($9.99) you can enter a competition to when a cash prize if you can match the timing of Oswald’s shots according to the Warren Commission.

Tasteless – but any worse than shooting ‘virtual gooks’ in a Vietnam simulation?

Of course I have the opening number of Assassins in my head. Everybody’s got the right to be happy, eh?