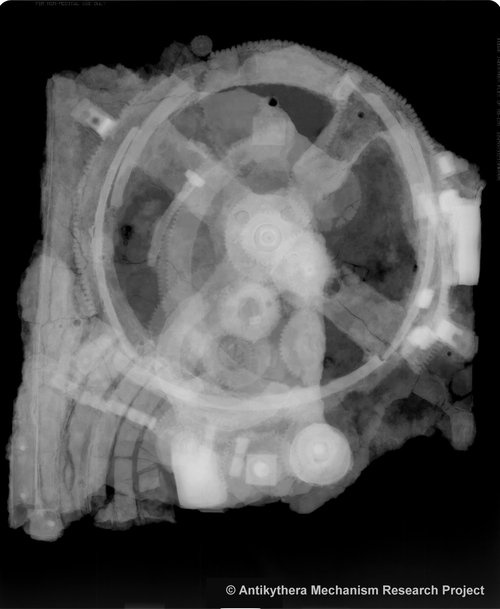 Using nothing but an ingenious system of gears, the mechanism could be used to predict the month, day and hour of an eclipse, and even accounted for leap years. It could also predict the positions of the sun and moon against the zodiac, and has a gear train that turns a black and white stone to show the moon’s phase on a given date. It is possible that it could also show the astronomical positions of the planets known to the ancients: Mercury, Venus, Mars, Jupiter and Saturn… The true genius of the mechanism goes beyond even the complex calculations and craftsmanship of a mechanical calendar. For example, the ancients didn’t know that the moon has an elliptical orbit, so they didn’t know why it sometimes slowed or sped up as it moved through the zodiac. The mechanism’s creator used epicyclic gears, also known as planetary gears, with a “pin-and-slot” mechanism that mimicked this apparent shifting in the moon’s movement. This use of epicyclic gears is far ahead of what anyone suspected ancient technology was capable of.

Advanced Imaging Reveals a Computer 1,500 Years Ahead of Its Time – Technology – io9.